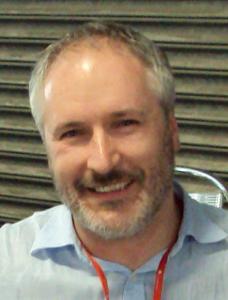 The Revd Peter Meek took post as Moderator of East Midlands Synod on 1st September 2011, and is thus in the sixth year of his initial seven-year tenure. In recent months a careful review process has been under way, to consider whether Peter should be asked to continue this ministry for a further five years, extending to August 2023.

The General Assembly’s Review Group was drawn from members of Southern, Wessex and Yorkshire Synods, chaired by Mrs Hilary Miles. The Group met on 7th March, first with the Synod’s own Review Panel and then with Peter. At the end of the day the Group made two important recommendations.

A longer letter to the Synod Clerk, which she may make available to the Synod or on its website, gives further detail of these recommendations. It is attached below.

The Group was impressed by the careful thought that the Synod Panel had given to the working of the Synod, and to the Moderator’s role within this. It was equally impressed by the gifts, wisdom and commitment that Peter offers to his ministry and to the people among who he serves. It extends warmest good wishes to the Synod and its Moderator, in all the Christian service that is ahead.